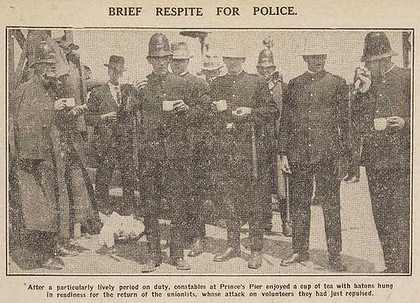 Police protecting scabs clash with 2,000 striking waterfront wharf workers at Prince’s Pier in Melbourne, Australia. As the workers were retreating from the onslaught by the baton-wielding police, the commander ordered the police to open fire. Three workers were shot in the back, one fatally wounded. Several unions demanded an inquiry, but the government refused to investigate the shootings.