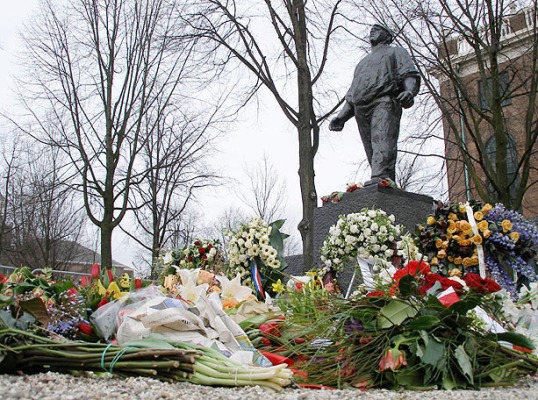 The February Strike begins. It was a general strike in the Nazi-occupied Netherlands by workers against the pogroms and deportation of Jews in Amsterdam. It was the only direct action of its kind during World War II in Europe against the Nazis’ treatment of Jews. The strike is commemorated annually on February 25 at the statue of the De Dokwerker (“The Dock Worker”) in Amsterdam.