The New York City transit strike ends. 34,000 Transport Workers Union Local 100 members walked off the job on April 1 when contract negotiations failed. In the end, the workers won a contract calling for a 9% raise in the first year and 8% in the second year, along with a cost of living adjustment. 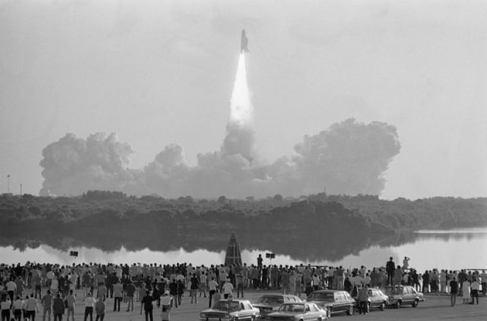 Five Rockwell International workers are asphyxiated during a nitrogen purge of the engine compartment while setting up a ground test for the space shuttle Columbia. Two of them died. The technicians had been cleared by NASA safety supervisors to enter the compartment and a NASA board of inquiry concluded that a last-minute change in testing procedures, along with a breakdown in communications at the space center, caused the incident.

South African workers at the 3M plant in Elandsfontein near Johannesburg stage a half-day walkout in solidarity with 3M workers in Freehold, New Jersey. The company announced in November 1985 that it would close its plants in Freehold, Boston, Pittsburgh, and Van Nuys, California. 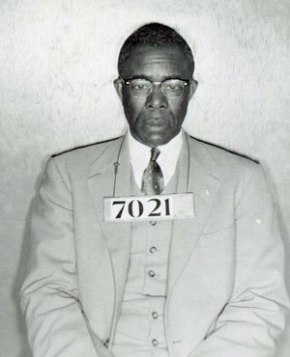 Labor organizer and civil rights activist Edgar Daniel (“E.D.”) Nixon dies. While working as a Pullman porter, Nixon organized the Montgomery local of the Brotherhood of Sleeping Car Porters and served as its president for many years. He was a key organizer of the Montgomery Bus Boycott in 1955 and co-founder of the Montgomery Improvement Association. [Photo: Nixon’s arrest photo during the bus boycott.] 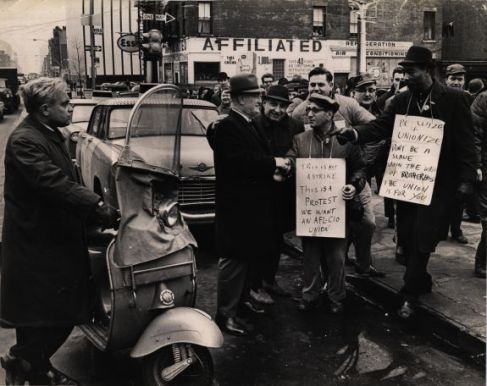 Labor leader Harry Van Arsdale, Jr., dies. Van Arsdale was the son of a union electrician and rose to the leadership of IBEW Local 3 at an early age. He was responsible for the first multi-employer pension plan in the construction industry, spearheaded the construction of affordable housing for union members, and served as president of the New York City Central Labor Council from its inception until his death.

A nine-year strike begins at the Ohio Crankshaft Division of Park-Ohio Industries in Cleveland, Ohio, over wages and benefits. Despite scabs, arrests, and firings, UAW Local 91 members hung on and ratified a contract in 1992 with the company (under new management) that featured company-funded health and retirement benefits, as well as pay increases.

A three-day nationwide general strike involving an estimated 2.5 million people is underway in South Africa, called for by unions and anti-apartheid groups in opposition to the apartheid government’s two-year old state of emergency and proposed legislation that would restrict the right to strike.

Police fire tear gas into a group of 400 striking P-9 workers and supporters who are blockading the entrances to the Hormel plant; 17 people are arrested on felony riot charges. The following day, thousands rallied in Austin, Minnesota, in support of the strike.

Workers employed at the Cortonwood Colliery in Yorkshire go on strike after the British National Coal Board announces the closure of the mine, the first of 20 pit closures that would put 20,000 miners work.  At its height, the miners’ strike of 1984-1985 saw 165,000 miners on strike in the United Kingdom.

The Occupational Safety and Health Administration adopts a grain handling facilities standard to protect 155,000 workers at nearly 24,000 grain elevators from the risk of fire and explosion from highly combustible grain dust.  [Photo:  A spark ignited the dust inside a 1.8 million pound capacity grain silo at the Robin Hood Flour Mill in Davenport, Iowa, causing a massive explosion in May 1975.]