Archive for the tag “ford”

Describing its plan as a “revitalization,” Ford Motor Company announces the elimination of 35,000 jobs worldwide and the closure of five plants in the U.S. by the middle of the decade. 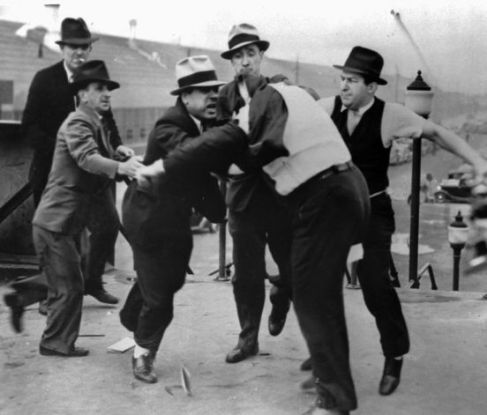 Ford security attack union organizers and supporters attempting to distribute literature outside the plant in Dearborn, MI.  They then tried to destroy the pictures photographers had taken that documented the attack, which became known as the “Battle of the Overpass.”  The photos that survived inspired the Pulitzer committee to establish a prize for photography.