Archive for the tag “liverpool” 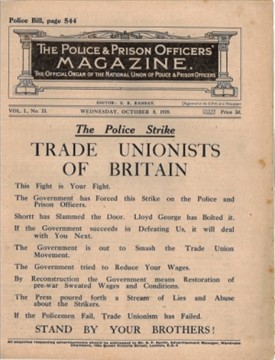 Transport workers on strike in Liverpool over wages, hours, and union recognition, call for a general strike when the employers’ Shipping Federation refuses to negotiate with the unions affiliated with the Transport Workers Federation.  The strike was a success and within weeks the workers’ demands were met, inspiring a wave of similarly successful strikes by other industries in the city over the following months.

Dockworkers who refuse to cross a picket line are locked out and fired by their employer, the Mersey Docks and Harbour Company in Liverpool.  Their struggle for reinstatement lasted over two years.