Archive for the tag “ufw” 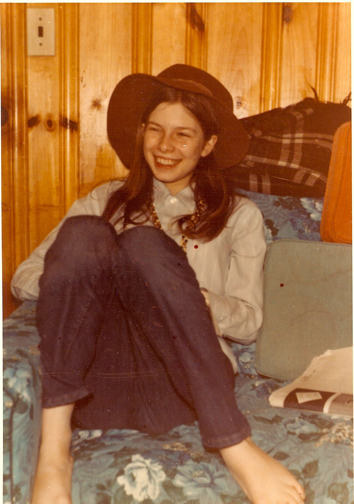 18-year old Nan Freeman – a college student who responded to appeals for help by striking farm workers at the Talisman Sugar plant near Belle Glade, Florida – is struck and killed by a double trailer truck driven by a scab driver. Pickets had complained to the police about scab drivers speeding by the picket lines through stop signs at the plant gates to splash rain and mud on the striking workers. Cesar Chavez wrote of Freeman, “…she is a sister who picketed with farm workers in the middle of the night because of her love for justice…to be honored and remembered for as long as farm workers struggle for justice.” 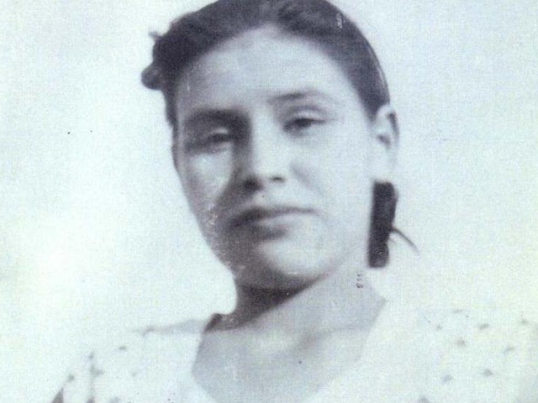 Labor organizer and civil rights activist Jessie Lopez de la Cruz dies at the age of 93. Born in 1919 in Anaheim, California, de la Cruz worked as a migrant farm worker from a young age. She joined the United Farm Workers in 1965, became the union’s first female organizer, was involved in numerous strikes, and helped ban the crippling short-handle hoe. De la Cruz remained a political activist until her death.

Following an injunction against the United Farm Workers Organizing Committee and Cesar Chavez, specifically, around picketing lettuce grower Bud Antle during the Salinas Valley farmworkers’ strike, Chavez refuses to call off the boycott and is arrested. Chavez was jailed for two weeks until the California Supreme Court ordered his release. 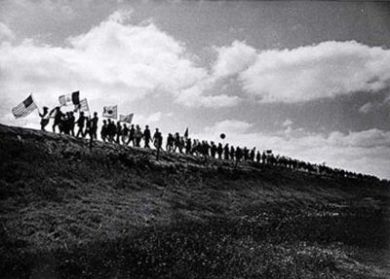 Nearly 100 striking Mexican and Filipino farm workers begin a march from Delano to Sacramento, California.  By April 11, when they reached the steps of the state capitol, 10,000 supporters had joined them.  A few months later, the two organizations representing the workers – the Agricultural Workers Organizing Committee and the National Farm Workers Association – joined to form a single union, out of which the United Farm Workers was born. 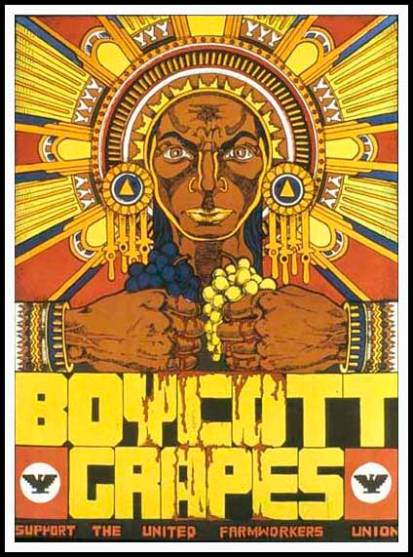 After five years of strikes and boycotts, table grape growers in California sign their first collective bargaining agreement with the United Farm Workers.  The contract—which covered over 10,000 workers—ended labor contracting and established seniority and hiring rights; included an immediate wage increase; and provided for fresh water and toilets in the fields, and a medical plan.